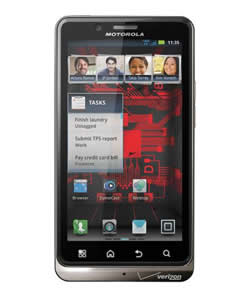 The Motorola Droid Bionic 4G smartphone has finally been released, much to the jubilation of Verizon customers who have been awaiting this moment.  Having access to where to buy the Droid Bionic 4G phone has been a priority for more than a few techno gadget fans, and so the big question here is whether or not the Droid Bionic 4G actually lives up to all the hype surrounding its release.  Is it indeed THE phone that will become the flagship LTE device for the Verizon Wireless network?

So just what makes the Motorola Droid Bionic 4G sizzle?  Lets take a look under the hood for starters.  The first thing you’ll notice is the powerful 1 GHz ARM Cortex A9 dual core processor and the 1 GB of RAM, that really makes this phone a powerhouse.  The phone comes with 16 GB of internal memory, a 16 GB pre-loaded microSD memory card, and support for an optional 32 GB memory card.  It is not likely that users will max out the CPU no matter how avidly they use their Bionic.

With the high quality and robust inner workings that the Droid Bionic sports, performance was impressive from every angle.  The multitasking was as smooth as silk, with the Droid Bionic easily handling every task we threw at it, no matter how complex.  Not only did the phone accomplish every task efficiently, but at lightening speed as well.  This phone was rumored to be the most powerful Droid out there, and we do believe those rumors have been proven as valid.  Performance was nothing short of showstopping on this phone.  From running multiple apps at once, to voice calls, multimedia performance, surfing the Web, and anything else we tried, we had to give the phone an A in all areas.

The Droid Bionic runs on the most recent Android 2.3 Gingerbread operating system, which features some savvy upgrades from the previous Froyo version, including a more refined interface, new icons, a new and improved top notification bar, navigation that is more intuitive, enhanced battery life due to more efficient processing, a new onscreen keyboard with enhanced suggest features to make data input faster and easier, just more incentive to purchase the Droid Bionic 4G.

We really like the vibrant 4.3″ qHD touchscreen display on the Droid Bionic, that is ideal for watching movies, playing games, surfing the web, and anything else you decide to view on this phone.  It comes in at a nice crisp 960 x 540 pixel resolution, and is actually the same display found on the Motorola Atrix, a display which has received much praise from experts and users for its vivid colors and clear, sharp image rendering.  The Bionic’s touchscreen is protected by scratch and glare resistant Gorilla Glass.  Finding out where to purchase the Motorola Droid Bionic 4G phone will be a worthwhile endeavor for those who are looking for a sophisticated smartphone that is good for both work and play.

Another similarity to the Motorola Atrix is that the Droid Bionic also features a robust ecosystem of impressive accessories, including a laptop dock, multimedia HD dock, and vehicle portable GPS dock.  These are the same types of accessories that set the Atrix apart as such a versatile and all encompassing device.  Please note that the Atrix’ and the Bionic’s accessories are not all interchangeable.  Please verify that you are purchasing the correct accessories when you buy any of the specialized docking stations for your phone.

The only real downside we could find on the Motorola Droid Bionic 4G was its price tag.  The phone is available at Verizon for $299.99, or at various Verizon authorized retailers for a discounted price.  We have listed the primary and most trusted Verizon authorized retailers for you to assist you in comparing prices and finding the option that best suits you when you go to buy the Droid Bionic 4G smartphone.

Despite the hefty price that the Bionic carries with it, the phone is selling like hot cakes, demonstrating that consumers really are willing to pay for a high quality phone when they feel that they are really getting value and quality.  But hey, who really wants to pay full price?  Show of hands? Check out our pricing comparison data to find the best possible value on where to purchase the Motorola Droid Bionic 4G smartphone.